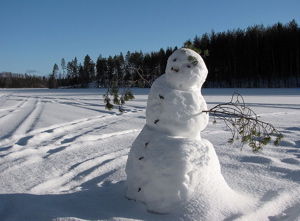 So, several days ago I wore L'Artisan Tea for Two, as I recall because I was late getting ready to go to lunch and it was up near the front and so I sprayed it on, even though I thought I wasn't in the mood for something so sweet and foody. And it was perfect - not sweet and foody, but smoky and comforting, like wearing something with the warmth and squashiness of wool but the skin-softness of... well... not-wool, because I always find wool scratchy.

A day or two later I had plenty of time to choose my fragrance, and I chose Chanel Cuir de Russie, because I was absolutely positive that that was what I had wanted when I put on the Tea for Two. And, no, Cuir de Russie was entirely wrong. On that day it felt sour and thin and not at all comforting; cold slick leather upholstery in a cold car when all you want to do is go inside.

The next day I put on Tea for Two and it was, again, perfect.

And today I put on Aftelier Cepes & Tuberose, because I was wearing that new pink silk blouse for the first time and I wanted something feminine. I though that it might not work for winter, but, no, I found that it had the same deep squashy comforting feel that Tea for Two had, but with an added feminine vibe--a sort of "optional feminine"; I think that a man could wear this too, in spite of the tuberose.

It appears that I don't know my January tastes as well as I might have thought. So I went through the blog to see what I was loving this time last year and the year before. Trends that I didn't expect include:
So what does it mean? I'm not sure, but I'll be pulling out some of the bottles that the above says that I loved, to see if there's a January trend. And I may need a decant of that parfumkunstwerke thing.

Image: By Petritap. Wikimedia Commons.
Posted by Martha at 6:24 PM