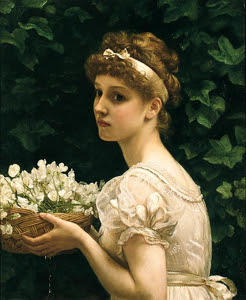 I skipped dinner, and now at eleven at night, I'm watching Julie & Julia. You know, the movie with all the food. So I'm making Pea Goop.  With cream. Ha!

Friday is Treat Day, when I decree that I'm allowed to have a serving of sugar. I skipped it, so I'll probably go get a cupcake tomorrow. Yellow cake, chocolate frosting. The correct cupcake for all thinking people.

We had a tree dropped off on our driveway. Well, OK, we had a cord of firewood dropped off on our driveway. We stacked about three-quarters of it, and the rest is still sharing the driveway with the car. We'll stack it somewhere tomorrow. Probably. I figure the maximum time that you can leave a heap of wood on the driveway without the neighbors looking at you funny is three days.

Actually, I've declared that stacking all the firewood entitles me to another serving of sugar, specifically an ice cream bar. Vanilla. With dark chocolate. Julie's. (Hey! Julie again!) Not that I've had it yet; I plan to go get it tomorrow. In addition to the cupcake. I really have to go strictly back on the low sugar thing. The beverage next to me is unsweetened tea, anyway. And I've resumed the discipline of always always having the availability of turkey sandwiches on crispbread, to reduce the chance of going on a cookie rampage.

I'm ordering a lot of perfume samples. I finally started testing my Ayala Moriel samples, and then I ordered some from Sonoma Scent Studio, and then I declared a need to sniff more Aftelier scents, and then I read about Slumberhouse, and then there was Providence Perfume Co.

At least those are all artisan or small perfumers, which is supposed to be my new spending focus. I was going so far as to think that when I spend money on a perfume from some Evil Empire, I should put the same amount of money into a Good Cause, like NaNoWriMo or Wikipedia or some fine high-quality charity or something really crazy on Kickstarter. If Evil Empire perfumes cost me twice as much, maybe I'll cut it out. (And, no, the good cause can't be artisan perfume, because that just means I get twice as much perfume. No demotivator there.)

Image: Wikimedia Commons.
Posted by Martha at 12:28 AM