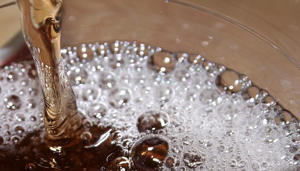 My two white Plain & Simple Princess Shirts, the ones I was so bored with, are almost done. Once I got them past the trimming-and-pressing stage for the collar, they became far less boring. Now I'm able to try them on, and I can see that the sleeves on the cotton one are a little bit short again. How did I manage to lengthen the sleeve and still make it too short? And how is it that the cotton shirt and the linen/rayon shirt seem to have a roughly 3/4 inch different in sleeve length, when they were cut from precisely the same pattern?

OK, OK, yes, the linen/rayon fabric is fundamentally different. It presses differently (and better), it molds differently (and better). Its sleeves eased in like butter, while I had to rip and re-stitch the cotton ones in two different places. In the mirror, the fit looks both closer and more comfortable. It's just better. I assume that its sleeve somehow molds better to my arm and thereby ends up with more length down at the wrist. But it's still weird.

The hemlines of both shirts are also a little shorter than I'd like. The cotton one looks skimpy, while the linen/rayon one looks great but I know that it's going to try to show skin on my back if I don't sit down extra carefully. So I don't want to take away the inch or three that I'd need to take for a non-skimpy hem.

That green polka dot top that I made in the previous post had faced hems for the sleeves, and a regular fold-up hem for the blouse hem. The sleeve hems looked great, both crisp and fluid. The fold-up hem looked soft and wrinkly, fifteen minutes away from the iron. The fold-up hem of the completed green Plain & Simple Princess Shirt was also sort of soft and wrinkly, though much less so, because it was made from a stiffer fabric.

My conclusion is: Faced hems are good. I suspect that the firm definition of the seamline will make the hem a cleaner and more accurate line that wants to fold where it's supposed to fold, and that for floppy fabrics the four layers of fabric in the seam will provide needed body. However, for the fairly stiff cotton and the fairly bulky linen/rayon of the white shirt, I may not want the bulk of four layers of the shirt fabric.

So my new conclusion is: I'm going to do a test of a faced hem in silk organza, using the shirt scraps. If that works, I'll draft facing pieces for the sleeve and hem of the shirts, and make faced hems. Actually, if the shirt hem is dead straight, I guess there's no real need to "draft" anything - I can just cut wide strips of organza. I think.

Oh, I forgot the grr: The cotton shirt already has a spot on it! A curved faint tea-colored stain right below the right-hand half of the collar, the most obvious possible place. I know it's not from my hands; I've been washing them obsessively every time I handle the white fabric. Nor is it from actual tea. (I just used that picture because I liked it.) I think my iron's far too new to be producing rust stains. I suppose it could be from the ironing board cover, but I can't see where, and I don't know where it came from if so. I'm cranky. Once I get that shirt hemmed enough to be safely washable, I'm going to wash it (and if that doesn't work, bleach it) before I do all the work of buttonholes and buttons, to make sure it's going to come out. And now I'm nervous to press the rayon/linen shirt.

Image: Wikimedia Commons
Posted by Martha at 11:35 AM