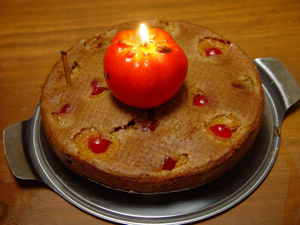 This is supposed to be a bad water year. The reservoirs are at...er...sixty percent? Sixty percent of normal for this time of year? Somewhere low. The snowpack is lousy. It's gonna be dry. So this seems like the perfect year to try dryfarming techniques--dryfarming being the growing of crops without any added water.

So I'm going to plant a few tomatoes tomorrow according to the following plan:
An aside: The landscape fabric is not actually a dryfarming practice--I think. Dryfarming recommendations are that you prevent absolutely all competing plants--no weeds, no cover crop, no nothing. But the usual method of doing this is to grow in bare frequently-hoed dirt, and in fact a few inches of "dust mulch" to break the capillary barrier between the deeper soil and the surface, so that water doesn't wick up and evaporate into the air.

I was a little concerned that landscape fabric would keep that whole capillary thing going. However, there are studies that dispute the dust mulch theory, and nobody seems to dispute the idea that weeds will steal water from the crop. And I know my slack weeding habits. So weed barrier it is. We'll see how that works out.

One thing that will reduce the validity of this as an experiment is that the tomatoes will start just a few feet from where the strawberries end, and the strawberries are going to be given a decent amount of water, some of which will no doubt drift toward the tomatoes. For tomato survival, it's probably good that the tomatoes with more sun will be closest to this stolen water, and the ones with more shade will be further. For scientific purposes, there are too many tangled factors to make this a decent experiment.

That is all. Please wish my tomatoes luck. They're eyeing me suspiciously from their pots on the deck.