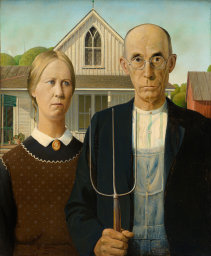 I'm not writing much lately. Or sewing. Or taking pictures. Lately, I'm all about the farm.

Right now my brain looks at hobbies that involve flitting from topic to topic, putting in a lot of thought and creativity and not necessarily coming out with any satisfaction, making long-term plans that may or may not pan out, and says, "Nope."

Compare that to the farm. Dig a hole. Insert a tomato plant. Water occasionally--or not, for the dryfarm tomatoes. The sprawling vines covered in fruit are a whole lot of satisfaction for very little thought.

The farm supports thought, if I want it to. I could do more dryfarm experiments. I could breed plants. I could experiment with different seeds, different fertilizers, different care, all sorts of things. I could spend hours and hours on the layout of next year's farm. There's ample room for thought.

But I don't have to think if I don't wanna. I can go out to the farm, pick a bed that's ready to be replanted, freshen it by the standard recipe (two cups of my chosen fertilizer, half a cubic foot of my chosen compost, meditatively loosen the whole thing with a fork inserted and tilted roughly every two inches, break up the clods with the little hula hoe, pat it all down to a manicured finish, put the weed barrier back on it, and plug it in to the watering spine) and plant something.

I'm going to plant carrots next. I'll add rock phosphate to the standard recipe. Some sources tell me that's a waste of time, because the phosphorus won't become available in the time it takes for the carrots to grow. They suggest bone meal. I don't want to work with bone meal. So I'm not gonna. So there.

The carrots are an experiment--I've never grown them successfully before. They involved a little thought, because my usual method of punching holes in the landscape fabric at an 18-inch spacing isn't going to work for carrots. Instead, I'm going to cut slits about two inches wide and twenty inches long, four of them per bed, and run miniature soaker hose down them. Right now (I won't get to this for at least a week, so the plan may change) I'm thinking that I'll mix the carrot seeds with vermiculite, sprinkle the mixture down the slit, and sprinkle the smallest bit of peat moss over it. And I'll set the irrigation to run five minutes a day in addition to the usual big watering every three or so days, until they come up. Or until it's clear that they've failed. I might go with the traditional advice to add radish seed to "break ground."

There was some thought there, but it was thought I enjoyed thinking. And I didn't have to justify the vermiculite to anyone, or write a budget request for the soaker hose, or explain what happened to the original plan to plant beans in that bed, or...

Yeah. My brain is tired.

So. Carrots. Also, lettuce. I (well, we--I had help) did the slits-and-soaker-hose thing to another bed. I planted some cauliflower and broccoli seedlings in that bed, but I plan to presprout some heat-tolerant lettuce seed and plant it between the seedlings while they're sizing up. I don't actually know if the seedlings survived--I planted them a few days ago and haven't been able to get back. But if they failed, I won't have to explain the failure to anyone, or write a report, or get authorization to repurchase them or to buy netting to cover them with.