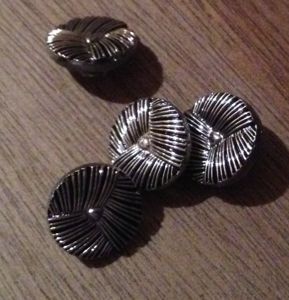 I often write about big sewing plans that I don't carry out. It occurs to me that while writing them as plans and failing to carry them out is depressing, writing them as thoughts, ideas, a general sewing brain dump, might be fun to read later.

I've been thinking about making a lightweight bathrobe, out of silk or cotton or linen or silk/linen or silk/cotton. Something drapey and not too crisp. I started out with a very conventional bathrobe pattern, but in reading reviews found it described as "slim-fitting." My hips don't like slim-fitting.

So we bought another one, Jalie 2567, which at least describes itself as loose-fitting.  I say "we" because I want to make one for Himself, too. I plan to make up a muslin the quick way (no facings, no hems) in throwaway dollar-a-yard rayon, because I'm just not sure what I want in the way of ease. Well, I want lots of it, but I don't think I can tell if the pattern will have enough or not, without actually putting it on.

However, I may end up making Himself's bathrobe(s) from the Jalie pattern and mine from a Vintage Vogue swing coat pattern, V1083.  It's designed with a whole lot of extra room; the reviews complain about it being too big. It doesn't lap nearly as much as a bathrobe does, but I'll see what I want to do about that when I've got a muslin together.

Once the pattern's right, I want an ankle-length version in something light but with a little body, and then a shorter one in the lightest possible thing, for travel. Well, at least I did before I went to the swing coat; I don't know if it will work in a short version.

Before that, I really should be making two more of the calf-length six-gore skirt for which I have a fitted pattern. I made it in black linen, and have worn it probably six times without ever getting around to adding a waistband hook--I kept using a safety pin. It's that useful and I'm that short on skirts. I have a length of brown linen and another one in a sort of subdued pumpkin, both of them preshrunk and pressed. With the serger I could have them made up fast.

Months and months ago I did cut a straight pleated skirt, very vertical, a pattern that I keep thinking would work very well for directional fabrics and prints that I don't want to break up. It interests me more than the gored skirt, even though I expect it to be harder to fit and to make. I can see it being made up in interesting rumpled fabrics with character.

To go with it, I really want a big drop-sleeved shirt, for interesting-fabric, rumpled, comfy outfits. Maybe with my little short boots. I'm finding it surprisingly difficult to find one; are drop sleeves wildly out of style?

An alternative for the big-and-rumply outfit could be the Sewing Workshop Haiku Two jacket. I discussed this...hm...over two years ago and never got around to making it. One advantage of this pattern is that I think that I can just cut the largest one and expect it to fit--"fit" in the sense of being able to put it on, even if I swim in it. I think. I don't remember why I think this--I suspect that I read a pattern review that indicated that even my hips wouldn't be an obstacle. Or maybe I measured the pattern. Anyway, with  the first one made up just for at-home-cardigan warmth, I can tweak it for fit.

Or I could try to trace, or rub off, or whatever you call it, my favorite ready-to-wear drop-sleeve shirt. It's really comfortable and I'm under the illusion that it's more flattering than the shape should be. It's a lightweight drapey denim -- I don't know if it will work in any other fabric or not.

I went to the Button Emporium (And Ribbonry) recently. I got (lemme count...) eleven kinds of buttons, including the ones in the picture. Aren't they beautiful? The nice lady told me that they were...um. OK, either German glass or Czechoslovakian glass; I 'm thinking the second one. Vintage. Last ones of their kind. I bought several "last ones".  Anyway, I mention them because I got several kinds of black or partly-black buttons, and two kinds of black trim, all of which would be dandy on a black jacket. Well, not all together.

While at the Button Emporium, I formed the theory that it makes sense to stash trims and buttons and other decorative notions instead of stashing fabric, because by the time you add those things to a garment, you usually know if the garment is a success. So if I'm going to overspend on something, overspending on the finishing touches seems logical. Right? Right. So I got some ribbon, too.

Ooh. It occurs to me that a black bathrobe with the hem weighted by some of the black trim that I got could be really cool. Funereal and gothic, but cool.

Plotting happily. That is all.